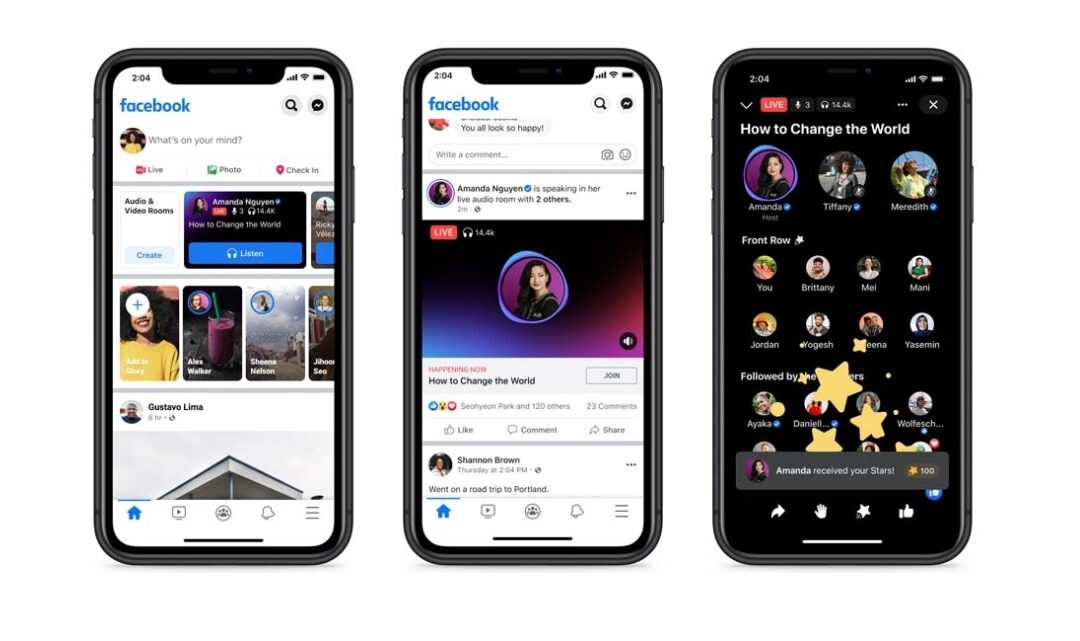 Facebook has announced the official launch of Live Audio Rooms, one of the social audio features it announced recently.

Furthermore, in the next few months, Facebook has promised to bring new features for Live Audio Rooms and podcasts – the other feature currently launching in the US.null

Live Audio Rooms let users “discover, listen in on and join live conversations with public figures, experts, and others about topics [they’re] interested in.” Hosts can invite anyone to be a speaker in their Rooms, like friends, followers, verified public figures, or any other listeners, in advance or during a session.

Facebook’s Live Audio Rooms allow up to 50 speakers at any time; however, there is no limit to the number of listeners.

The feature will be handy for nonprofits or fundraisers as Live Audio Room hosts can choose one to support, while and listeners and speakers can donate directly.null

Furthermore, Live Audio Rooms offer notifications when friends or followers join, live captions, the ability to “raise a hand” to ask to talk, and reactions to engage in real-time.

In addition to Live Audio Rooms, Facebook is also launching podcasts on its platform, letting users listen while browsing Facebook via a mini player or full-screen player. Within the next few months, Facebook will roll out new features, like captions or the ability to create and share short clips from podcasts.

Finally, Facebook is also developing a new Soundbites feature that will offer “short-form, creative audio clips.” The experience is meant to launch later this year.

Article comes from my number one source of information on all things social media wersm.com