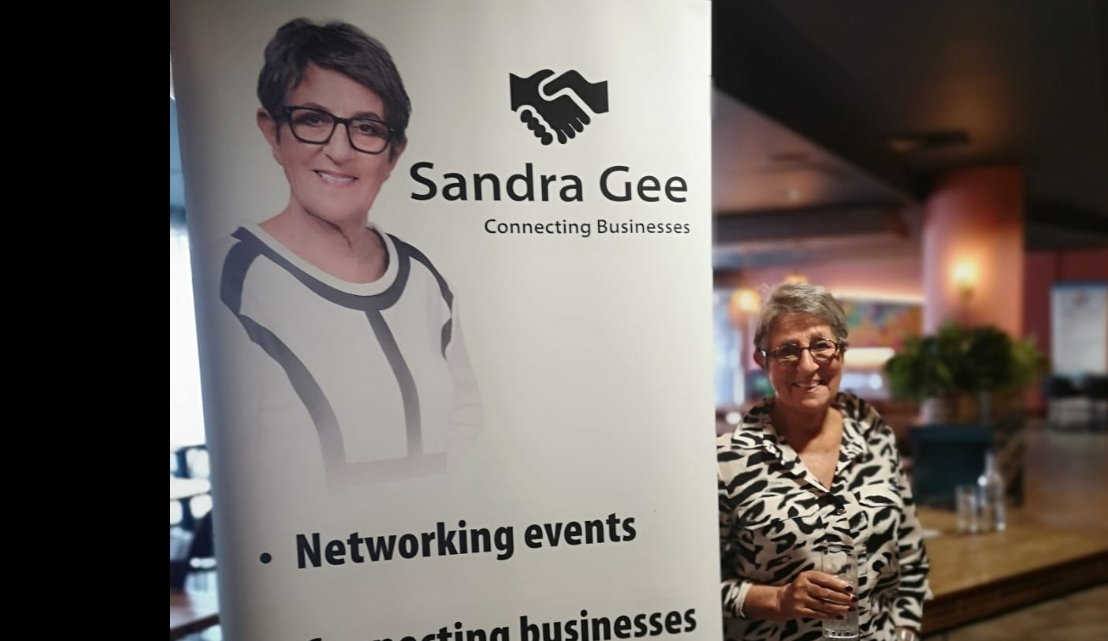 So this week, I’ve had a real rollercoaster of emotions in organising, then hosting Gee’s Connecting Businesses event at The Bliss Hotel in Southport.

My mum, Sandra, has been at the forefront of business networking for over a decade, formerly with the Chamber of Commerce, then after she was made redundant, we encouraged her to ‘go it alone’.

She was, at that stage, just going into her 70’s, but whereas many women (and men) of that age are revelling in knitting their grandchildren’s winter knitwear or planting tomato seeds for next spring, my mum couldn’t wait to start this next chapter in her life!

Brief resume of mum…..
Brought up by a very strict father, who had emigrated to UK from Poland, he had 10 children when he met my grandmother after being widowed a couple of years earlier. So my 61 year old grandad married 26 year old Hilda and then along came my aunty Norma and then my mum.

Grandpa Philip decided that my mum didn’t need to attend school, so spent the next decade teaching Sandra about life, from the Kardomah Cafe on Lord Street Southport!!

Fast forward to the mid 70s, mum is now a divorced mum of 2, back in the day when that would cause sniggers and whispers on the playground. She somehow, despite no formal education, carved out a successful career in sales and promotions, then she broke into the Network Marketing sector with market leaders Amway, before becoming leading manager for Tupperware, then teaching microwave cookery from our home and then onto the chamber. Yeah who needs to go to school hey!!

The Chamber role will have been like me becoming a regular for my beloved Everton FC I would imagine! Knocking on doors, interrupting conversations etc didn’t phase this little woman! Oh no, quite the opposite!! There can’t be many businesses in Liverpool or Southport not to have been visited by her over the years, trying to coax them into chamber membership or attending an event!

So being given the boot after years of building up a solid business community across Merseyside REALLY knocked her for 6. But rather than dwell on this, she dusted off her business cards, stuck a branded sticker on the side of her yellow Fiat and off she went, as though nothing had happened.

Coming to and end…

After 6 years of continuing to ‘connect businesses’ sadly her health took a turn for worse, after being diagnosed with Frontal Left Lobe, which basically is the part of the brain responsible for delivering words from the brain to the mouth. In terms of her world, it was the equivalent of a footballer losing a foot.

So despite her being of relatively sound mind, we decided it for the best to call a halt on the events. Fast forward a year and mum is itching each day to be out and about, but sadly without much of a purpose, in stark comparison with during her work time, where she could easily fill an 8 hour work day.

Should I or shouldn’t I?…

After much deliberation of my own, I decided that I owe it to my mum to keep the networking group going. I’m not a massive fan of networking myself. Not because I don’t believe in it, quite the opposite, mainly a fear of walking into a room of strangers!! Hosting my own event, which I have done in London for quite a few years, plus helping mum with hers, has compensated for my lack of attending other people’s events though!!!

We relaunched this week, mainly to give mum a chance to see all the people who have supported her over the years and the event was a resounding success, with in excess of 100 people attending. The venue, The Bliss, has had a dramatic refit since it’s days of The Ramada Plaza, very conducive to an intimate gathering of people, mainly looking to strike up business and social relationships with fellow networkers.

Mum enjoyed the event soooooo much! We were concerned that it may overawe her, but the outpouring of love and support for her was so touching and amazing to witness.

The feedback, both on the night and afterwards on social media and on direct messages has been amazing, all positive comments. It seems there is a real need for an event of this kind in the area and we hope to keep it going as long as it is required.

Having rebranded to become Gee’s, this has given all the family much pride and we all want to keep things going.

Mum thoroughly enjoyed the event, despite our worrying that it may overawe her and the following days she’s had nothing but a massive smile on her face!!

Well, we are looking to continue working side by side with the amazing Bliss venue as this has been our ‘home ground’ for many years, the team there are like family and wow, what an amazing venue.

We may, in time, do events in other areas of Merseyside, but for now we are looking at doing events in Southport every 4/6 weeks and see how things go.

Here’s looking forward to the future.

Much love for all your support, genuinely x 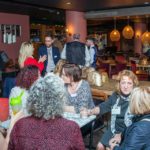 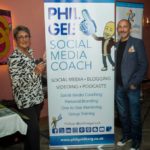 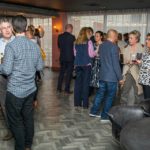 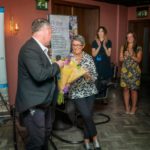